Because Your Business is worth it!

TidySurveys’ 2013 Year in Review: Mobile Surveys and Beyond! 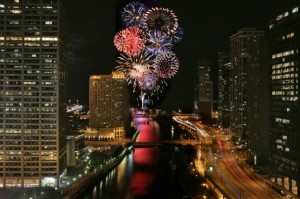 The news that mattered, innovative new mobile surveys, essential survey features and products, and what to look forward to in 2014.

Well, 2013, you were quite the year, my friend. We took TidySurveys from whiteboard to market in less than five months, creating one of the easiest to use, mobile-friendly, mobile surveys software for small-to-medium size self-serve businesses as well as enterprise-level integrations and custom developments.

Amongst all of the good and the bad that came with 2013, the proliferation and explosion of the cryptocurrency, Yahoo! roared back under the guidance of CEO Marrisa Mayer, Twitter debuted with a home run IPO, Blackberry did what we all expected — failed miserably with the Blackberry 10, Edward Snowden collected and shared many of our nation’s secrets, two losers committed a tragic and deadly bombing in Boston, the concept of domestic drones became a hot topic, Elon Musk became one of the world’s most admired and daring CEOs, Jeff Bezos and Amazon got one step closer to running the retail world, Healthcare.gov buckled, SnapChat turned down multi-billion dollar acquisition deals (next year we’ll probably be talking about how stupid that was), Kanye lost his mind along with the respect of the entire music industry, design trends went to flat (thanks Johnny Ive), and Google’s Moto X failed to sell at volumes, and so much more.

Of all of the amazing, and not so amazing, things that happened in 2013, we at TidySurveys have felt the pain, joy, risk and reward of being a bootstrapping startup in the Chicago tech ecosystem. Like the many other SaaS companies out there that are vying for customers, looking to spread the word about their products and services, and (hopefully) getting one step closer to the exit-worthy features they’re all chasing, we are optimistic and excited about the success and user adoption we have experienced thus far in 2013. We have experienced a lot of success this year and we want each and every one of our clients to know that we will continue to work hard everyday to earn their business.

So what will 2014 look like? Well, not so fast. We’re pretty secretive here at the TidySurveys HQ. But what I can tell you is that if you continue to check back regularly we’ll be publishing many updates about features and new innovations as they’re ready.

From our family to yours, we want to wish you a resounding “Happy New Year!”

Made with ❤ in Chicago

Wanna make a suggestion or get additional support? Look no further.